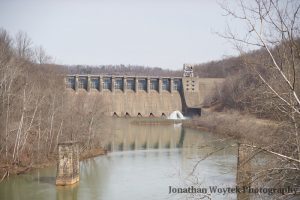 I ask this because I actually heard this story on “The Dirtbag Diaries,” a national podcast for outdoor enthusiasts sponsored in part by the clothing company Patagonia. Each October, this podcast releases its Tales of Terror. On Tales of Terror Vol. 8, released in October 2017, contributor Joe Shearer claimed the following:

Shearer recounted that he and his friends admittedly trespassed in Livermore Cemetery.  They arrived in two cars. They walked through the cemetery. Shearer did not admit to causing any vandalism. He claimed that he and his friends merely visited the cemetery in order to spook themselves. The following happened as the friends returned to their two cars:

1.) A “mystery man” who did not identify himself allegedly pointed a gun at the group and told them to put their hands on one of their cars.

3.) The entire group was able to jump into cars and drive off.

4.) The “mystery man” with the gun allegedly got into his own auto and pursued one of the cars as he shot at them.

5.) This “mystery man” also allegedly tried several times to force one of the cars off of the road as he pursued it.

6.) Both cars managed to get away from the “mystery man.”

8.) According to the podcast, the state trooper convinced both sides to shake hands and drop the matter.

If you want to listen to this specific podcast episode, here is the link on the podcast’s website. This specific story begins at 3:32 in the episode. This is the very first story told in Tales of Terror Vol. 8, and you can go to 3:32 to skip the show’s introduction.

Today, the local media website Triblive.com posted a story by Jacob Tierney about Livermore Cemetery. Tierney interviewed several people associated with the cemetery about issues surrounding vandalism and trespassing. I am very curious as to whether the officials at Livermore Cemetery are aware of this podcast episode about this alleged incident.

If the incident in this story did actually happen, I am sure that the self-identifying “cemetery associate” has a completely different perspective on what happened that night.

I’ve personally never been to Livermore Cemetery. I have picnicked many times at nearby Conemaugh Dam and Tunnelview Historic Site.

As I wrote in an earlier blog post, the actual town of Livermore no longer exists. Most of Livermore is actually under the Conemaugh River.

Have you ever visited Livermore Cemetery?

6 thoughts on “The Mystery “Guardian” of Livermore Cemetery”