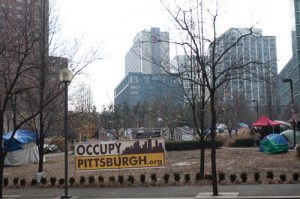 One morning in December 2011, I took a break from my (financial services) office job in downtown Pittsburgh. 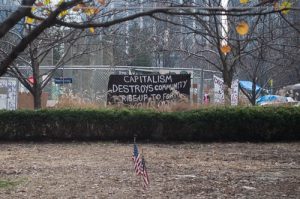 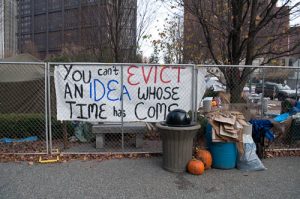 The Occupy Pittsburgh protests resulted in a Mellon Green encampment from October 2011 – February 2012. 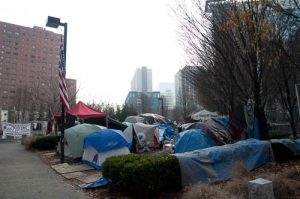 I read about the movement in our local media outlets. 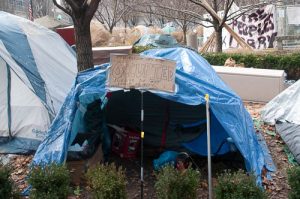 I wanted to see the Occupy Pittsburgh encampment for myself. So, I did just that. 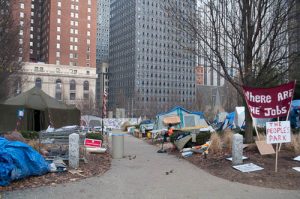 I personally visited the encampment only this one time. I spoke to nobody at the encampment. To be honest, I didn’t encounter anybody to whom I could speak.

I assumed that everybody who “lived” in the encampment were at their own jobs. 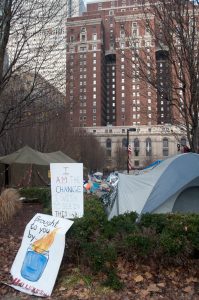 I left after about fifteen minutes and returned to my own job. 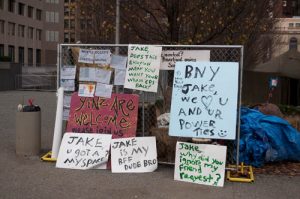 I share the photos now only as an item of “remember when” interest. 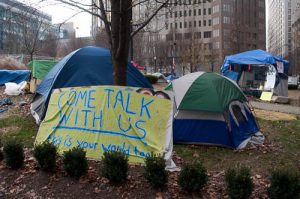